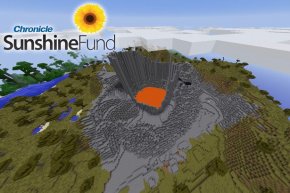 Gamers and Youtubers have been invited to take part in the North East’s first ever family Minecraft event in May.

The computer game, which sees players break and place blocks to create structures and embark on digital adventures with friends, has taken the world by storm over the last two years.

It is now played by millions of people of all ages, on devices ranging from PCs to mobile phones.

And on the weekend on May 2 and 3, Tynemouth’s Park Hotel will host Nethermined - a family-friendly event bringing offering an exclusive opportunity for guests to meet some of the world’s biggest Minecraft YouTubers.

A spokeswoman for Nethermined, which is based in Newcastle, said: “It is not just about gaming, but the result of an exuberant Minecraft fan demand for an event in the North East.

“It is gearing up to be an exciting two days of Q&A sessions, chances to meet YouTubers and live gaming, as well as the premiere of the new Nethermined server.

“A Facebook fan page and Twitter account have yielded unprecedented support for the concept behind Nethermined, ultimately leading to a list of Minecraft YouTubers beyond what we were expecting – all dedicated to their fans and proving it by producing videos regularly to entertain them, spending hours on their servers playing games and routinely tweeting with them.”The event will also raise money for The Chronicle Sunshine Fund, which provides specialist equipment for children with disabilities across the region, through raffles and a percentage of entrance fees.

Famous Youtubers in attendance will include LDshadowlady and Thesmallishbeans who each have hundreds of thousands of followers online.

Meanwhile, a ‘Mine-Crafty family’ will also be on hand on the day to entertain younger guests with their craft skills, alongside YouTubers meet and greets and a range of gift stands.